This year’s North Somerset Show was held on Monday 6th May at Wraxall Nr. Bristol. A far cry from last year’s show, the day was beautiful and not a quagmire in sight!!! Exhibitors with cattle forward were Brian and Sheila Adams, also representing the ARC Addington Fund, and the Parfitt Family.  Eleven animals were present for Judge Duncan Vincent form Chagford in Devon to inspect. It was also nice to see our President, Rosemary Warren and her husband Dennis at the ringside. Thanks go to them for making the journey up from Penzance to support our breeders. 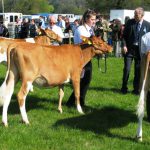 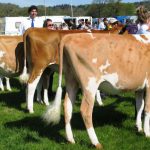 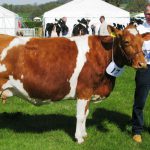 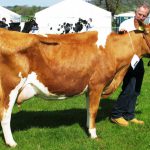 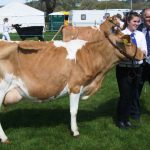 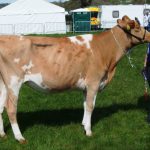 Many thanks to all the exhibitors and helpers, for turning out the cattle so well for this, the first Show of the season.