The 155th North Somerset Show was held at Wraxall, Near Bristol, Somerset on May 5th. Exhibitors present were the Parfitt Family from nearby Dundry, Brian and Sheila Adams from Langport, Sally and Nigel Phillips from Ilminster ,  James Bartlett from Mudford Near Yeovil and Abi Marshall from Okehampton. There were a total of thirteen cattle present for Judge James Warren to place and he found his Champion in Ermie and Gertie Dorcas owned by James Bartlett. She is a second calf cow by Andante and was the first Champion for James and his Hinton Herd. 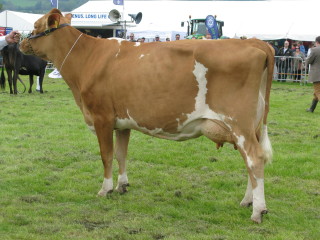 Dorcas also went on to be Reserve Supreme Dairy Champion behind the Holstein Champion. 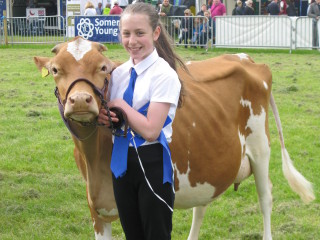 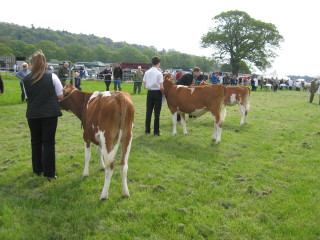 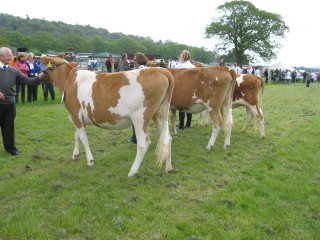 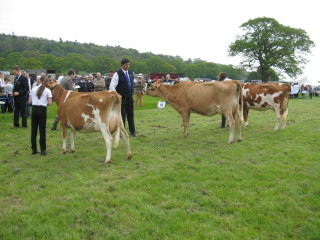 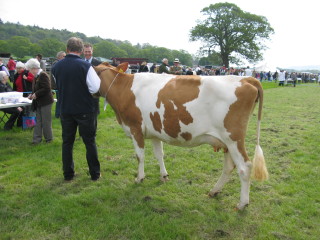 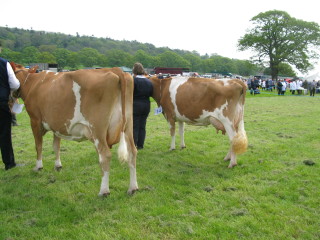 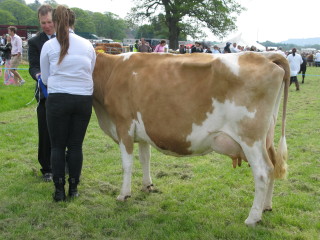 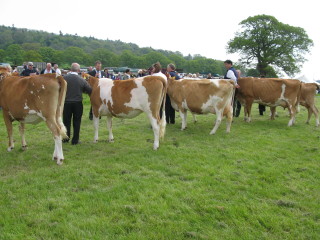 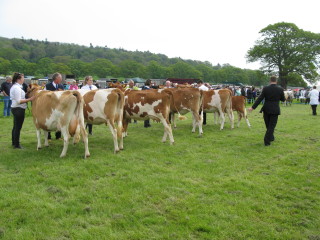 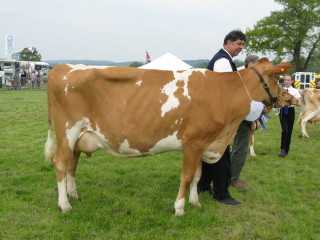 Three of our young breeders were out in the Handlers Classes. Izzy Phillips was parading her Grandparents calf, Annabelle, in the 8-11 years class. Here we see her talking to judge Alan Green. 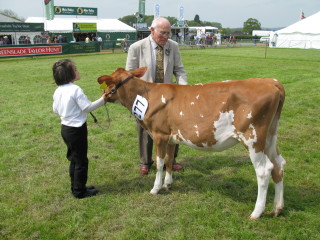 She was then deservedly awarded second prize in the class! 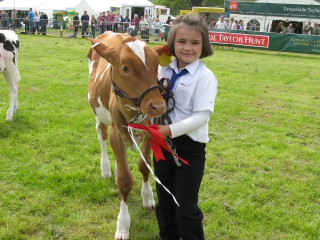 In the class for 12 to 16 year olds, Abi Marshall and Harry Crowter were representing the Breed. Here is Harry and Nancy. 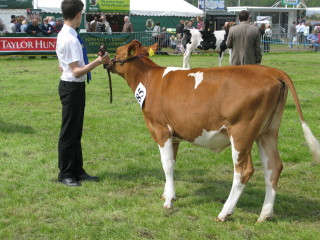 Unfortunately, Abi and Harry were not in the top places, giving way to the Black and White experienced leaders and maybe a little colour blindness! 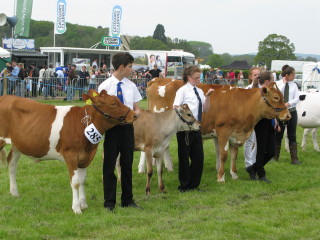