The S.W. All Breed Calf Show was held at Wadebridge, Cornwall, on Tuesday August 26th. There were 15 Calves for Judge Mark Davies to inspect and 7 young handlers were put through their paces. Notable performance came from 7 year old Izzy Phillips who competed in the Novice class against all breeds, coming first out of around 12 other handlers. Two other youngsters also took part in this class, William and Henry Eustice, who were showing calves from the Coryn Family. 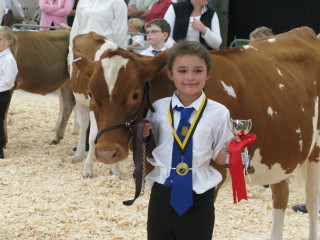 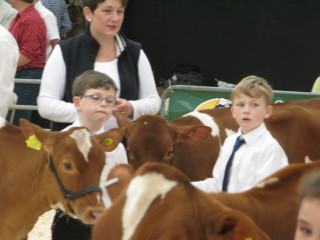 Here are the results of the Handling Classes. 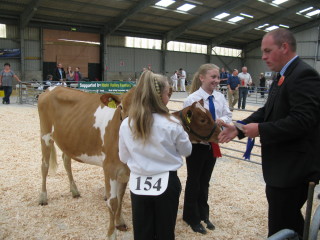 Zoe and Kerris receive their prizes. 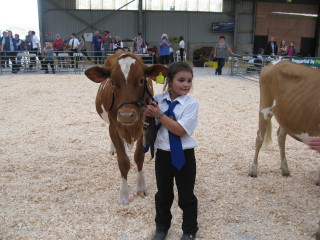 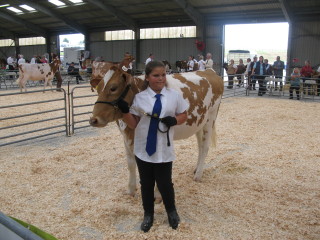 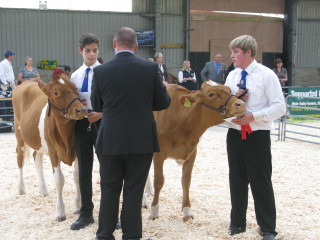 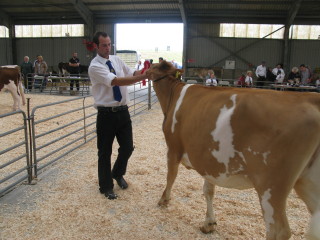 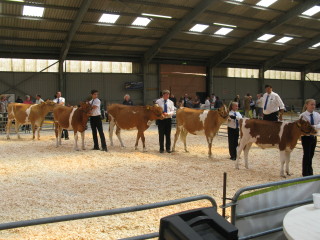 Handlers Line up for Championship. 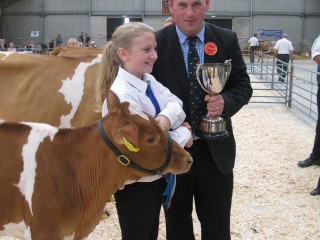 The Calf classes were keenly contested with entries from Brian and Sheila Adams, Addington Fund, Nicola Bottom, James Bartlett, Pam Coryn, Carol Gribble, Norman & Sales and James Warren. The standard throughout the classes was particularly high and it was nice to see the Coryn Family showing the calves they had recently bought from Ian Crouch.

Champion Calf was Bickfield Linda 68 by Andante, fresh from her success at Melplash Show where she was Reserve Champion, Any Other Dairy Breed. She was bred by the Durbins and is now owned in partnership by Richard Norman and the Sales Family. 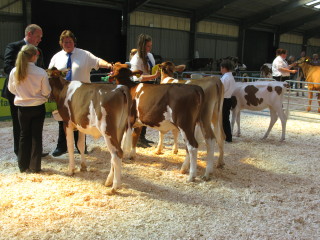 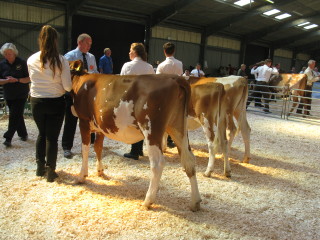 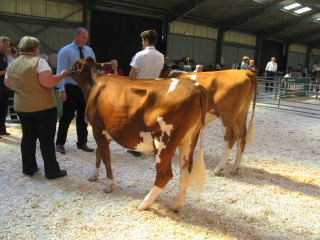 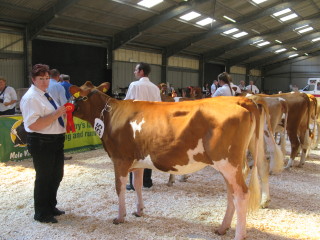 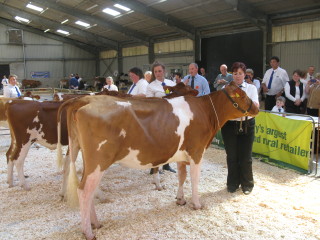 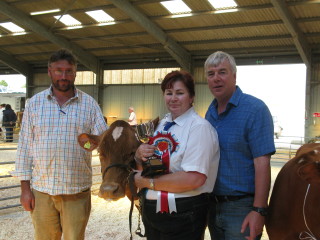 Richard Norman and Kim and Neil  Sales with Champion, Linda.

Thank you to all exhibitors, handlers and stewards for making the Show a wonderful day.