In the calf classes on Tuesday evening, our young breeders were out in force in the showmanship and calf classes. Notable performances came from 6 year old Izzy Philips who held her own against strong opposition in the handling and showing class with her 3 and half month old calf, Hinton Nancy. 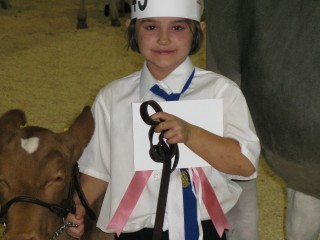 Making a return the Show after four years was Laura Sales with the team from Bickfield. Her 8 month old calf, Bickfield Linda 68 by Andante, won her class and was awarded Reserve Coloured Breed Champion. 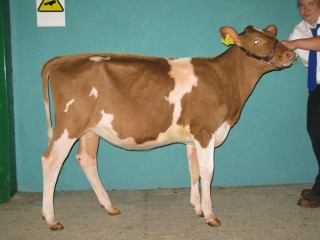 Other calves in the competition came from Brian and Sheila Adams, Sir Howard Guinness and Caroline Greenslade. Well done to all exhibitors and their calf handlers for supporting the youngstock classes at this years show. 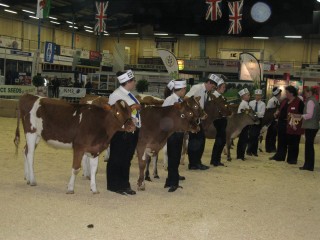 The main cattle classes on the Wednesday Morning were judged by Phillip Cox from Lifton in Devon. The quality of cattle on show in every class during the day was of a particularly high standard, culminating in a line up for the Championship, of the best class winners seen at this show for a long time, any of which could have been made Champion. 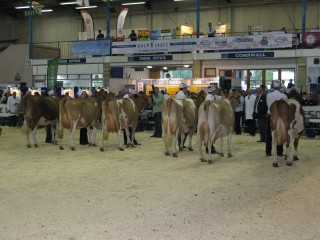 I should like to thank the Show Society for inviting me to judge the Guernsey Classes and commend all the competitors for the standard of cattle on display here today. 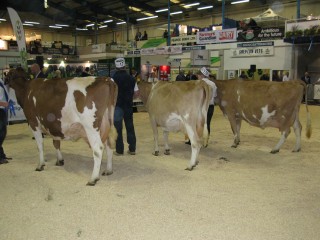 My first class for the day was for Dry Cows. First was Bickfield Linda 35th by June’s Oak who had good depth of body and walked well on good legs and feet. 2nd was Graylands Hugette 21st by Delta who displayed a good topline and excellent locomotion and a close 3rd was Greensfield Hero Star. 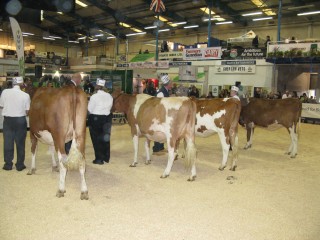 The next Class was for in calf heifers and my winner was the Addington Funds’ Hamps Valley Annabelle 7th by Ghengis who showed strength, depth and dairy character in abundance. In second place was Brian and Sheila Adams’ Mint daughter, Wiltown Claudia who paraded well and showed plenty of dairyness. In 3rd place was the Parfitt Family’s Graylands Elissa 11, who was particularly good over the loin and rump. 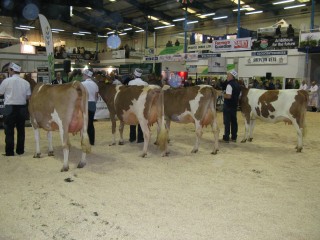 Class 20 was for Heifer in milk and this was won by the Warren Family’s Tredinney Aaron’s Flo 6th, a superb heifer, her dairyness and well attached udder giving her the advantage over Greensfield June’s Star. In turn her excellent topline put her above Bickfield Liz 16th by Mint, who paraded herself well. 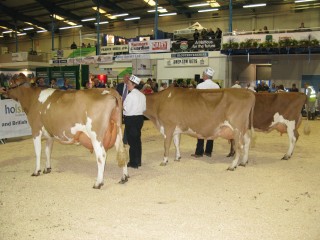 The next class was for Junior Cow in milk and this was won by Tredinney Astronomer’s Tansy who displayed a lovely depth of body carrying a well developed udder. This gave her the advantage over Trevider Hercules Lynette shown by Chris and Louise Carpenter in their inaugural Dairy Show. She displayed good chest width and excellent teat placement, giving her the advantage over Bickfield Titiana 11th in 3rd place. 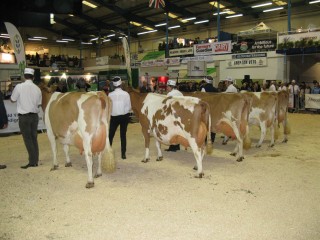 The next class was Intermediate Cow in milk which was dominated by Clay Hill Dot 4th by Silverado. This superb cow was easy to place first with her style and class over Tredinney Prince Gabreille 3rd, who in turn, displayed power and an excellent rear udder attachment over my third cow. 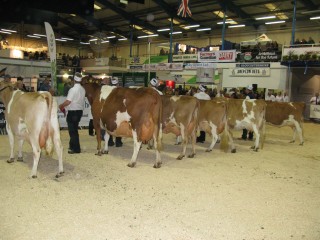 Class 23 for Senior Cow was the most difficult of the day to judge and I put Bickfield Phyllis 18th in first place. Her sharpness, freshness and balance throughout, pushed Tredinney Yogi’s Gabreille 2nd into second place displaying her usual tremendous depth of body and overall class. In third place was Bickfield Venessa 37 also displaying great dairyness. 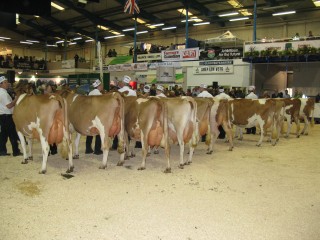 Class P24 for the pairs was particularly close with the Tredinney team taking first place with their particularly well matched udders followed by the Bickfield pair in 2nd place, again well matched with good teat quality. The Greensfield team were in 3rd pace with a strong cow and heifer, 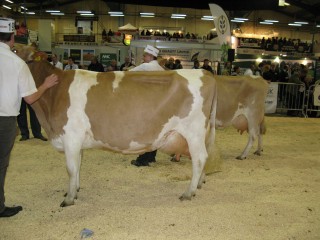 The Championship went to Clay Hill Dot 4 for her overall balance and dairyness throughout and in particular the standard of  her udder attachments and teat quality. In Reserve, I placed Bickfield Phyllis 18th, another excellent cow but at this moment lacking the maturity of my Champion. 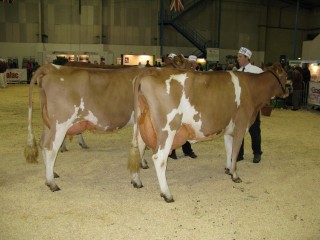 1st in Pairs class and winning Heifer in Milk and Junior Cow from Tredinney. 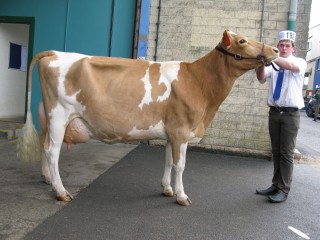 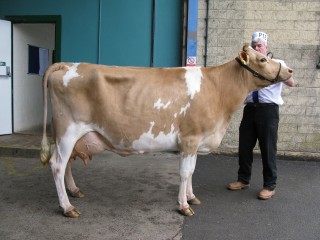 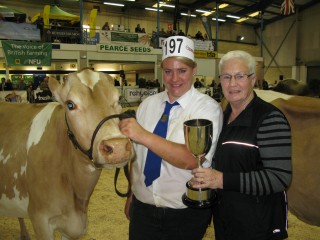 Winner of the Peter Down Points Trophy was The Durbin Family.