Many congratulations to Caroline and Mike Moody of the Latifa herd in Hampshire. Following on from her Breed Championship win at The Royal Bath and West Show at the end of May, Latifa Princess Leia has added to her record of success at The Kent Show, by taking the Supreme Championship in the Production Inspection Championship on Friday 5th July and then the following day being awarded The Inspection Supreme Championship – well done to all involved. 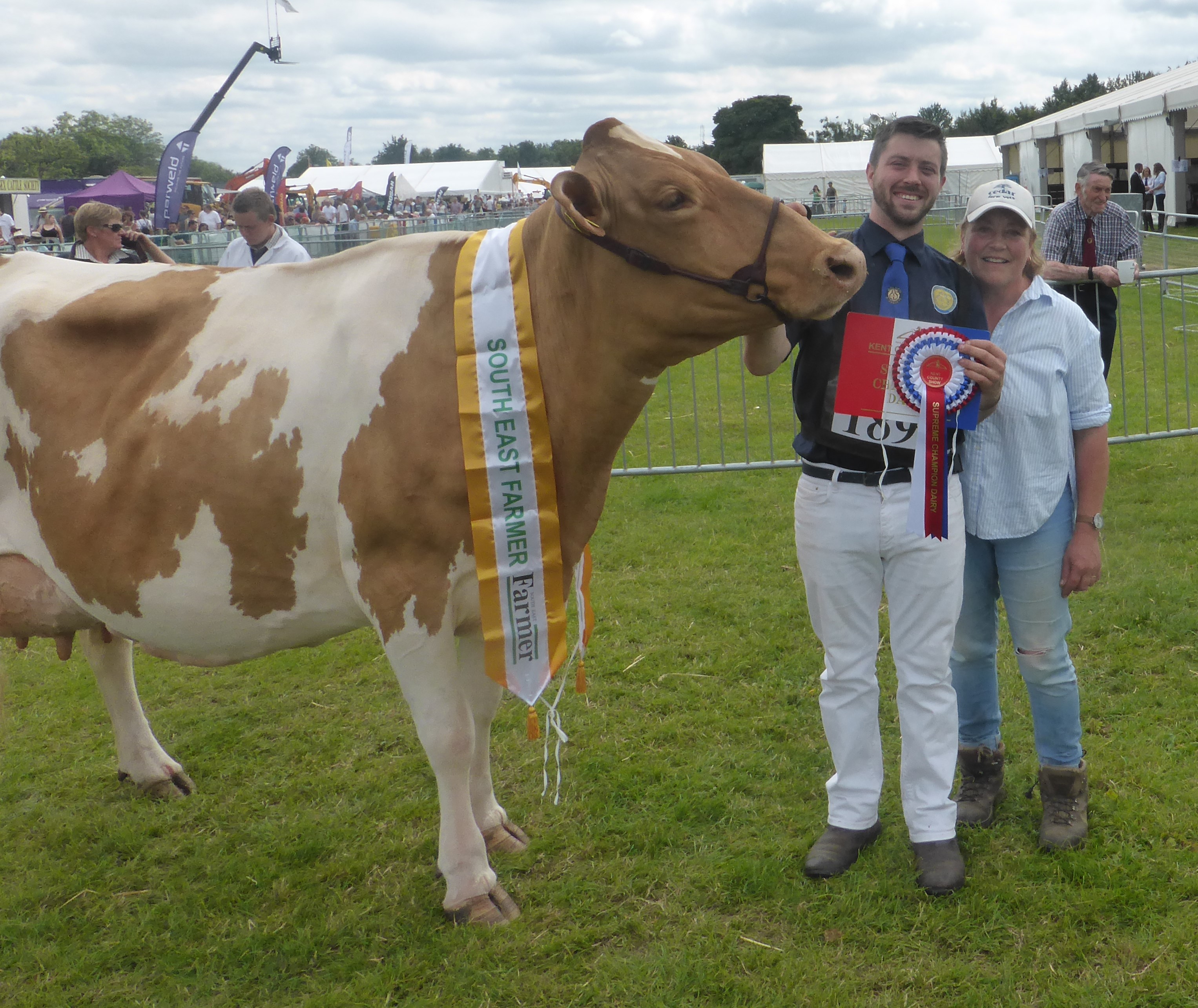 Caroline Moody writes “What an amazing weekend we had! Even the hour crawl through traffic exiting from M2 to M25 on the way home didn’t dampen our spirits.
The Kent County Show is over 3 days. On the first day the judging was the NMR Channel Island Production/Inspection Class then Interbreed with Holstein, Shorthorn and Ayrshire competitors Inspection Judge was Dennis Smith. Princess Leia (we call her Malteaza) won the Channel Island class and went on to win Interbreed NMR Production/Inspection standing 1st in both inspection and production.
On the second day she was in the Channel Island breed class. She won Senior Cow in Milk, the production/inspection class and went on to win Breed Champion, LL Morgan was judging.
As Breed Champion she went into the Interbreed Dairy Championship against the Champions and Reserves from the Holsteins, Ayrshires, Shorthorns and Jerseys – Dennis Smith was judging again. She was tapped out as Interbreed Champion to complete an amazing weekend for both the Breed and Mike and myself. It was wonderful that Digby was there to see it too and he took some nice photos.”

90     Junior cow in milk having had less than four calves.

91     Senior cow in milk having had four or more calves.

93     Milk Recorded Cow in milk or in calf, having completed two or more lactations of 305 days

94     Milk Recorded Heifer in milk, having completed only one lactation of 305 days

T9     The KCAS Challenge Cup for the Champion Jersey

T13     The KCAS Coronation Trophy for the best Guernsey animal