There were 5 Guernseys forward from 3 exhibitors at Honiton Show today. It was my pleasure to judge here this year as it was my first Judging appointment when I came on the judging panel in the late 1980’s.

I found my Champion in Briddlesford Levi’s Violet 2 from Sally and Nigel Phillips. I first saw this heifer in milk at the Bath & West in June, and said then to Sally, “I bet she will look a different heifer in a couple of months!” And I was proved right. She has matured into stylish heifer with plenty of rib and a lovely udder full of milk. 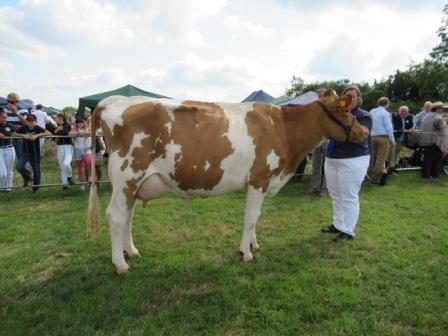 In reserve I chose Burleaze Sampson Pamabella also from the Phillips stable. This maiden heifer shows plenty of promise for the future as she should, coming from the great Hamps Valley Annabelle 7, who was the very first Addington fund heifer who excelled in the show ring. 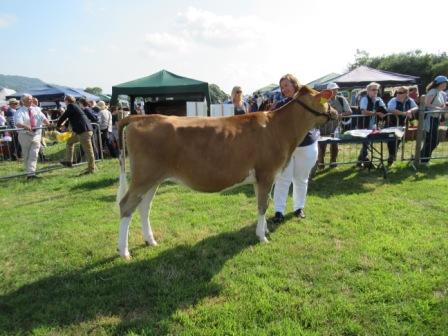 Also on parade today was the springing dry cow from Digby Gribble, Lower Keigwin Crunch Zelda, who, on her first outing, impressed me, showing promise for the upcoming Autumn shows. 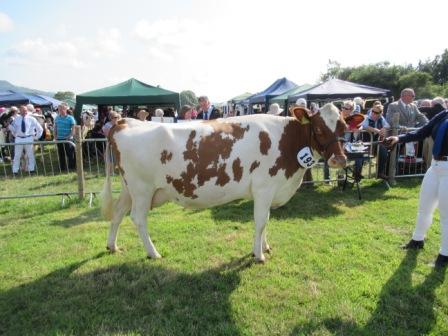 Second prize in the heifer in milk class went to Hinton Yolanda 16 by Grandslam from Hinton Farms and she was also at her first show and will no doubt benefit from the experience. 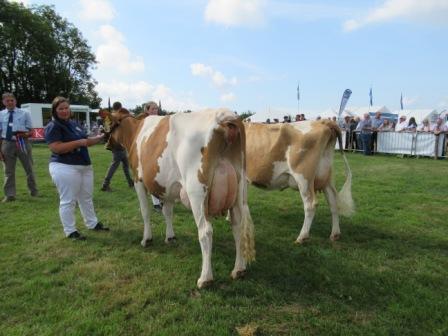 The only cow in milk forward was Bourton Starlight 11, by Skeel Norman, a mature fifth calver from Hinton Farms who is wearing well in her latter years. 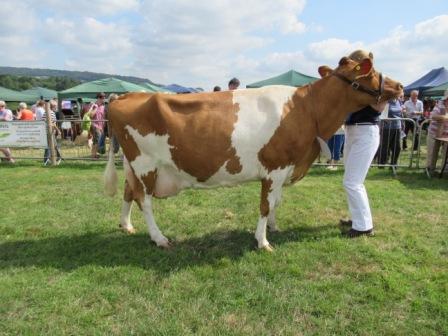 The Pairs class was won by the two cows in milk from Hinton with Sally Phillips in second. 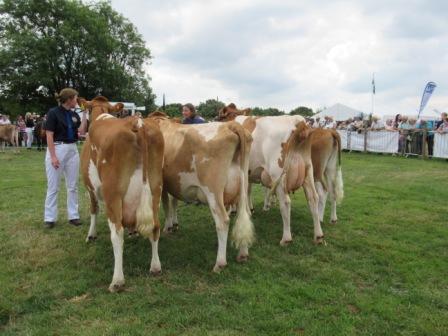 Thank you to all exhibitors and their helpers for ensuring a Guernsey presence at the show this year.